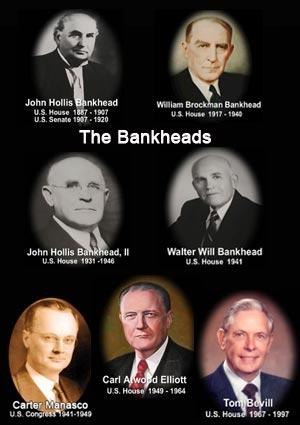 Lorenzo Dow established the first trading post in the area now containing the City of Jasper in the early 1800s.  In 1822, Dr. Gordon Musgrove donated the land for the town and built a log cabin that served as the courthouse, school, and church. The town was named by Hugh Lollar in memory of the Revolutionary War hero Sgt. William Jasper who distinguished himself at the Battle of Fort Moultrie, South Carolina.

The City of Jasper was incorporated in 1887 with G. H. "Jake" Guttery serving as its first Mayor. Jasper serves as the county seat of Walker County and is located in the middle of the Warrior Coal Fields, the second largest in the nation. Jasper sits on or near the Bankhead Highway and Interstate 22.

Jasper has been home to many famous families such as the Bankhead's which include United States Congressmen, United States Senators, and a Speaker of the House of Representatives during the administration of Franklin Roosevelt.  This family along with Carl Elliott of Jasper, whose home here has been turned into a historical museum, Tom Bevill of Jasper & Carter Manasco of Townley make up more than a century (110 years 1887 - 1997) of continuous service by Walker Countians in the United States Congress.

Jasper was once the home of Alabama Central Railroad, transportation for lumber and coal during the years of the steam engine train.

The current Jasper City Hall was constructed starting in 1917 and completed in 1919 for the sum of $91,328.  It was originally built to house the United States Post Office which it served as until the late 1960s. It was purchased by the City of Jasper in 1968 to serve as its City Hall. Two major renovations have taken place, first completed in 1969 during the terms of Mayor Herman Maddox and Commissioners Ellis Haynes, T. D. Norris, and Nelson Clark.  The second was completed in 1989 during the terms of Mayor Penn L. Woods and Council Members D. Joe Gambrell, Percy Goode, Ellis Haynes, Ray McLendon, and Lee Swann.  The City Hall houses the Mayor's Office, City Clerk and staff, and Municipal Court.  Because of the growth in City operations, a building located adjacent to City Hall was renovated in 2008 as an Annex to house the Building Inspection, Planning, and Public Works Administration.